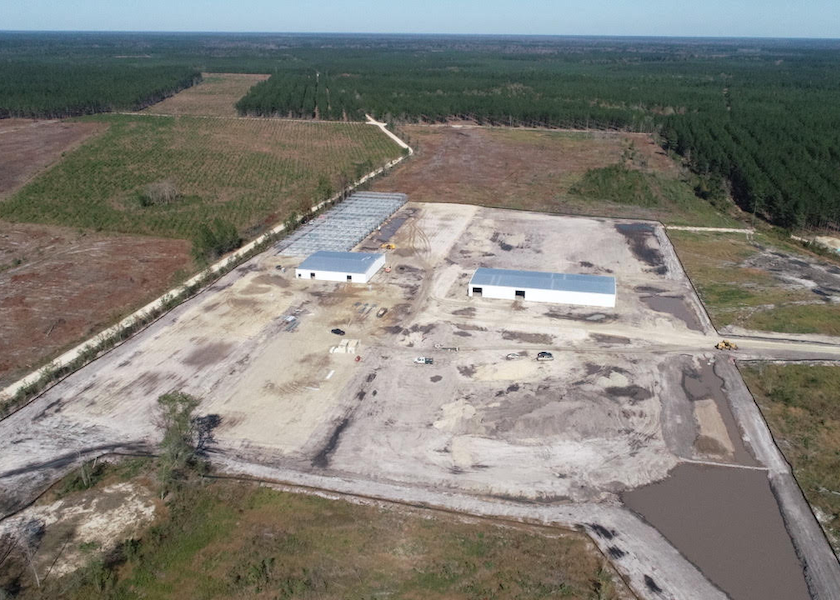 A $314 million ag-tech center ­— that will grow indoors, copack, distribute and sometimes process fresh greens, tomatoes, blueberries and other produce — is coming to South Carolina by the last quarter of 2022.

On the 1,000-plus acre site, there will be a 150,000-square-foot distribution center to ship the produce within 24 hours of harvest to an estimated 50 million people in the Southeast, said Zeb Portanova, CEO of the fund, in an exclusive interview with The Packer.

“We’ll be the first campus of this kind with this technology with multiple users at the same time in the Southeast,” Portanova said.

A private investment firm focused on impact investing, the GEM fund will build and own all of the facilities on the site. It’s a Federal Qualified Opportunity Fund, which is an investment vehicle set up as either a partnership or corporation for investing in eligible property in a Federal Opportunity Zone, or economically distressed community. Investors can get capital gains tax deferrals, according to the Internal Revenue Service.

Having this innovative center located in the rural Hampton County of South Carolina can make the state competitive in agribusiness like it is in the auto and airplane industries, said state Agriculture Commissioner Hugh Weathers.

“The principles involved in this one are well-established in the industry, so there aren’t a lot of unknowns,” Weathers said. “This is like the Boeing of agriculture, because I think it will lead to other investments as well. And we can create a cluster of high-tech agriculture.”

As for the tech side, think of blockchain as the storage of data, and artificial intelligence as the processing of data, said Russell Cann, Core Scientific’s chief customer success officer.

The blockchain data from the seed to table can not only provide the consumer with the assurance of knowing which greenhouse, which row and which harvest date their tomato or lettuce came from, but it can also enable a grocer to know which combination of seeds creates the best-selling salad mix on the retail shelves, Cann said.

And with the quick turnaround of efficient, controlled environment agriculture crops, changes can be made fast to the benefit of all partners in the supply chain.

“We’re not reinventing the wheel here. We’re adjusting the model. We’re putting the copacker and greenhouse together. We’re trying to take what’s working in lots of places and put it all together in one place,” Cann said.

They’re in the design stage now and plan to break ground in October, Portanova said.

The number of different operations along the supply chain, as well as different branches, located in the same place enables nimble adjustments and redirections.

For instance, if a healthy tomato grown in the center looks ugly, it can then be sent to another part of the facility, processed and packaged into fresh salsa.

“We’re using cameras to monitor growth and predictive models to forecast sizing, using smart feedback loops, adjusting the lighting, the humidity inside the facility to maximize the growth, light sensors,” Ferreira said. “So, it’s really just adding a lot of smarts on how these leafy greens grow but doing it with computer algorithms at scale.”

Weathers said he sees this kind agriculture as the future, but it doesn’t replace traditional agriculture either.

He envisions surrounding South Carolina open-field farmers using some these facilities too, after working with university experts to match crop standards.

“This is where fake world of AI and blockchain meets the real world of agriculture,” Cann said. “This is meaningful to people’s bellies.”